Launch talk for 'Ladylike' by Kate Lilley (published by UWAP) at the Woolley Building, University of Sydney.
11th May 2012 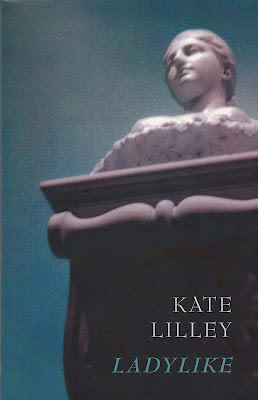 It has been a little while coming, in fact ten years between poetry books, but now we can finally celebrate the arrival of Kate Lilley's Ladylike.


To quote Kate in the short anecdotal narrative 'Fifty Minutes' that begins the book - "A lecturer, Pound says, in the ABC of Reading, is a man who must speak for an hour. If Pound had been more familiar with the etiquette of everyday teaching he would have known that, above all, the lecturer must not speak for an hour. Every second over fifty minutes sends shock waves through the room as students flee."

As every academic knows, a lecture is also a performance and fifty minutes is also the ideal or standard length for a one-person theatrical piece - a one woman show. Thankfully, I'm not a lecturer nor a theatre performer and I do hope to finish my little panegyric in many fewer minutes than fifty. I'll be letting you know about a few things that you're likely to find in this book. And then I'll be keen to hand over to Kate, whose 'show' it is today.


In 'Fifty Minutes' Kate sets a context for the poems that will follow. In part, among various kinds of tête à têtes and other relational tropes, their concern is analytic psychotherapy -
from 'Fifty Minutes' again -
"At the end of fifty minutes, she says ‘It is time’ (her faint Scottish burr always thrills). I stand up, put my shoes back on, walk out into the light and catch whichever bus turns up. One or the other will appear – early or late or on time – and carry me away by one route or the other. Sometimes I go straight to a lecture or supervision. Another fifty minutes in which I offer myself in the guise, as Lacan has it, of ‘the subject supposed to know’, in a curious kind of double session."

The poems are grouped into segments in the book - after 'Fifty Minutes', there is 'The Double Session', then 'Cleft', 'Ladylike' and 'Round Vienna'. To quote from the poem 'Sprechstimme', which is a sort of semi-spoken dramatic song - (Arnold Schoenberg composed these) :

In a nutshell success has been non-stop
since the door to the nursery closed.

I could leave it there really. This couplet does sum up, in a sardonic way, what's going on here in these poems - non-stop success - but we know that that would be impossible, and the poet, Kate, would have been expended years ago - too exhausted to continue ...
but I'll continue ...

The entire book has an antic tinge that lightly brushes or sidles up to a kind of camp artifice and, Kate can be very funny, as in a poem about the nature of the academy -

reading The Emergence of Sexuality
in a pool of fluorescent light.
Tell me, and I mean this rhetorically,

What use is a book of women to you or me?
What hope is there for the sixteenth century,
its manuscripts and ciphers,

its last-ditch graffiti etched on window panes
when suddenly the coffeehouses
are bursting with pamphlets and actresses?

Pamela’s reading Shamela
and the canon’s pairing up
with the apparatus of the modern state.
It’s only a matter of time until the first campus novel
lumbers into class and starts its
a) exordium b) recital c) Roman holiday

We are granted peeks at teacher's petteries, teenage sexual affairs and big hot crushes,that, as crushes can, sometimes end in disillusionment

I wanted to show my affection
to a beautiful Russian woman

I nominated myself
for a crash course in ejaculation

The new teacher takes me out:
orchestra, revolving restaurant, lesbian bar.
I burn my leg on the exhaust of her bike.
Next time she brings a bottle of gin
and her admiration for Olivia Newton John.
Mortified, I let her do as she pleases.


There are, of course, formal considerations in these poems. For example ekphrasis, metaphor, metonymy and lots of clever language-play. There is pop culture too in, say, 'Baghdad Grammys'. Though I'm so uncool - I had to google 'Faith Hill' so that I didn't mistake her for a place. She's a country & western singer sharing a poem with Prince and Beyoncé (I've heard of them). And in some poems there are vivid rushes of analogy and bundles of simile -

How can I teach numerology to a bunch of
chuckleheads who can't spell alms.
It's like watching Ozu after work,
seasons come and go with their log of claims,
their pre-prepared obituaries,
the same silk blouse drying on the line.
Bring out the tea cups! put away the abacus!


The televisual anomie of Los Angeles, Kate calls 'Hollywoodiana', also makes some illuminating appearances before 'The Double Session' comes to a noir-ish end with an excellent question -

Where does a woman's sympathy end
and her indiscretion begin?


The following segment, 'Cleft', is dedicated to Kate's mother, Dorothy Hewett, who died in 2002. These poems enact the displacement of the work of mourning in a kind of synthesis of mother and daughter. Some of them are sad, some are artful in wordplay, one evinces the way adverbs carry feeling - the poem 'Maisily' is comprised entirely of adverbs from Henry James' novel What Maisie Knew - it ends -

We'll work side by side and put everything into the business
She'll do front of house, I'll keep the books
We'll laugh and fix each other's hair and never look at a man
We'll be good together


In another, 'Miltonic', there's a technique reminiscent of Melbourne poet Gig Ryan's method applied to the expression of mourning's difficulties

mourning's hard to metabolize
the party's themeless don't even come


The poems in 'Ladylike', the notes tell us, draw on pamphlets associated with a notorious case of an English bigamist, Mary Carleton, who used false identities, like being a German Princess, to marry and defraud a number of men in the17th century. She was also rumoured to be a cross-dresser. She was tried for fraud and other crimes and put to death by hanging in 1673. There is a picture of her in the book.


The final sequence, the extraordinary 'Round Vienna', illustrated by Melissa Hardie, was published as a chapbook by Vagabond Press last year. It was then ingeniously launched by Anna Gibbs who knows far more about Freudian psychoanalysis than I do. But, basically, these poems source some of Freud's case-studies. The humour in this set of poems is there from the start - the first poem is called 'Fraud's Dora' and begins -


In a clever piece about 'Round Vienna' in Jacket2 magazine Melbourne poet Michael Farrell said 'there is a langorous resourcefulness to these poems'. There is also, being Freudian, genitalia.
Dora, for instance,

... might calmly read whatever she chose
‘vorhof ’ [‘vestibulum’; literally ‘fore-court’] –
an anatomical term for a particular
region of the female genitals


And there is 'Sidonie'. Sidonie was a lesbian patient of Freud's whom he surmised 'had become a man'. Michael Farrell remarked that there is a homoerotic coupling between the poem and Melissa Hardie's borrowed and cropped etched image of a woman's hand gesturing across her genital region, with the hand's gesture also suggesting female genitals, as does (a further doubling) a design on the cuff of the woman's sleeve. 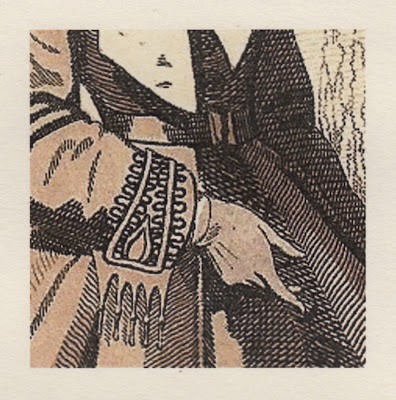 At the end of the sequence, in the poem 'Marie', the 'vorhof' 'vestibulum' has become, almost beyond pronunciation -


It has become complicated.
*


Kate's epigraph is from the Professor of English and Chair of the Lesbian and Gay Studies Project at the University of Chicago, Lauren Berlant -

Everyone knows what the female complaint is


Finally, I want to say again that there is much that is funny in these poems, so there are laughs to be had. I have only skimmed the complexities of Ladylike here, but I'll repeat myself, from the back cover -
These poems are compelling and exquisite.